The Story of Jolaine Hemmy and Pecos Jane Doe 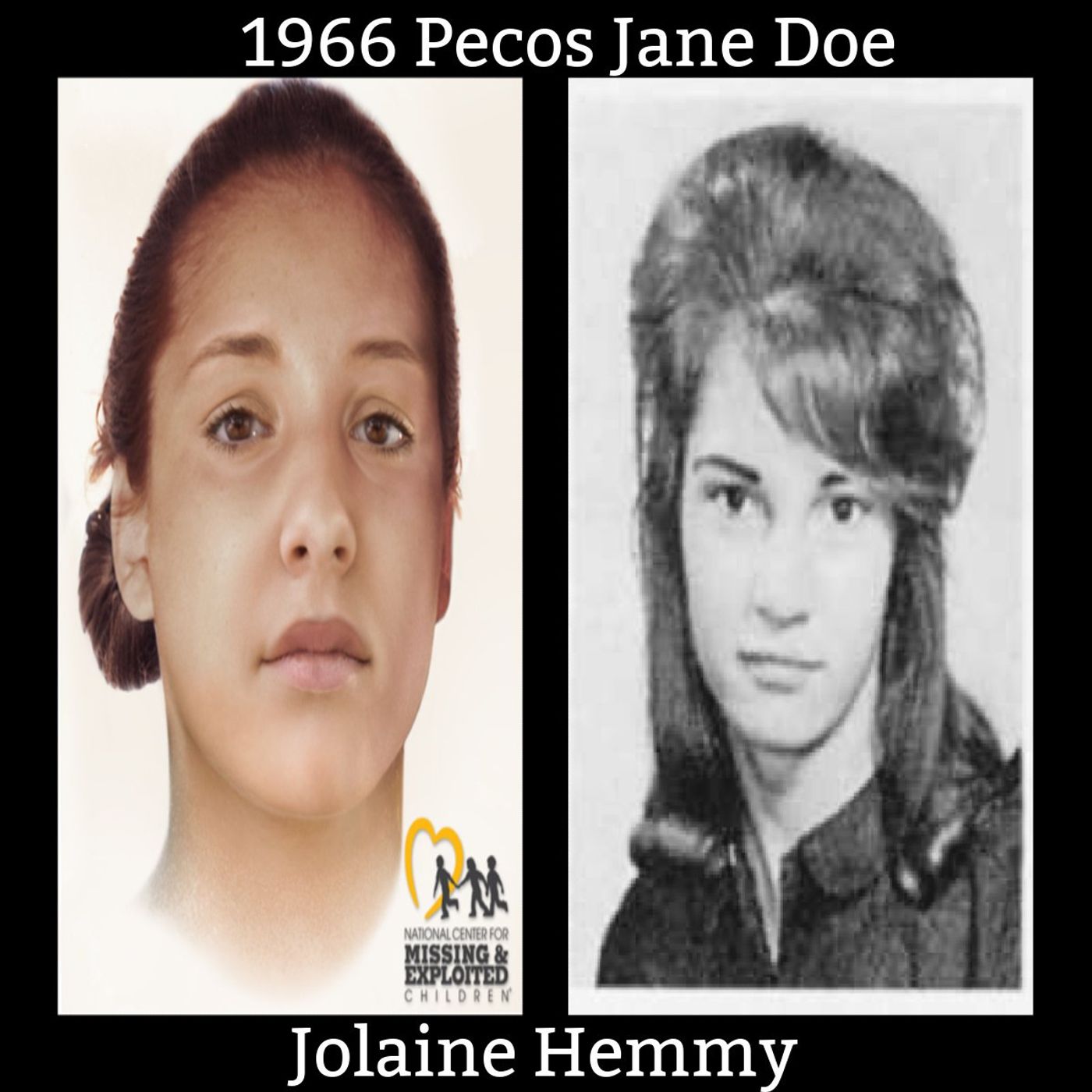 The Story of Jolaine Hemmy and Pecos Jane DoeBack in August 2019, we released an episode telling the story of the death of a Jane Doe at the Roper’s Motel in Pecos, Texas in July of 1966. Not long before that, the National Center for Missing and Exploited Children (NCMEC) contacted the new police chief there, Lisa Tarango, and asked her to work with them to identify the unknown drowned girl. Chief Tarango began looking into the case, but police files had since gone missing. Upon discovering a different type of file, a new likeness of Pecos Jane Doe was made, which kicked off a series of events that led to the discovery of her identity, officially announced on January 19th, 2021. The effort was a collaborative one, consisting of help from the Pecos Police, NCMEC, Innovative Forensic Labs, Othram Incorporated, and crowd funding.Submit your DNA data from a consumer testing company to Othram’s database. It’s only used for law enforcement investigations: https://dnasolves.com/user/registerYou can support gone cold – texas true crime at https://www.patreon.com/gonecoldpodcastFind us on Facebook, Twitter, and Instagram by using @gonecoldpodcast#JusticeForJolaineHemmy #JolaineHemmy #PecosJaneDoe #JaneDoe #Pecos #PecosTX #Texas #TX #TexasTrueCrime #TrueCrimePodcast #ColdCase #Unsolved #TrueCrime #GEDMatch #DNAgenealogy #othram #dnasolves