An Act Most Evil: The Murder of Edna Rodriguez 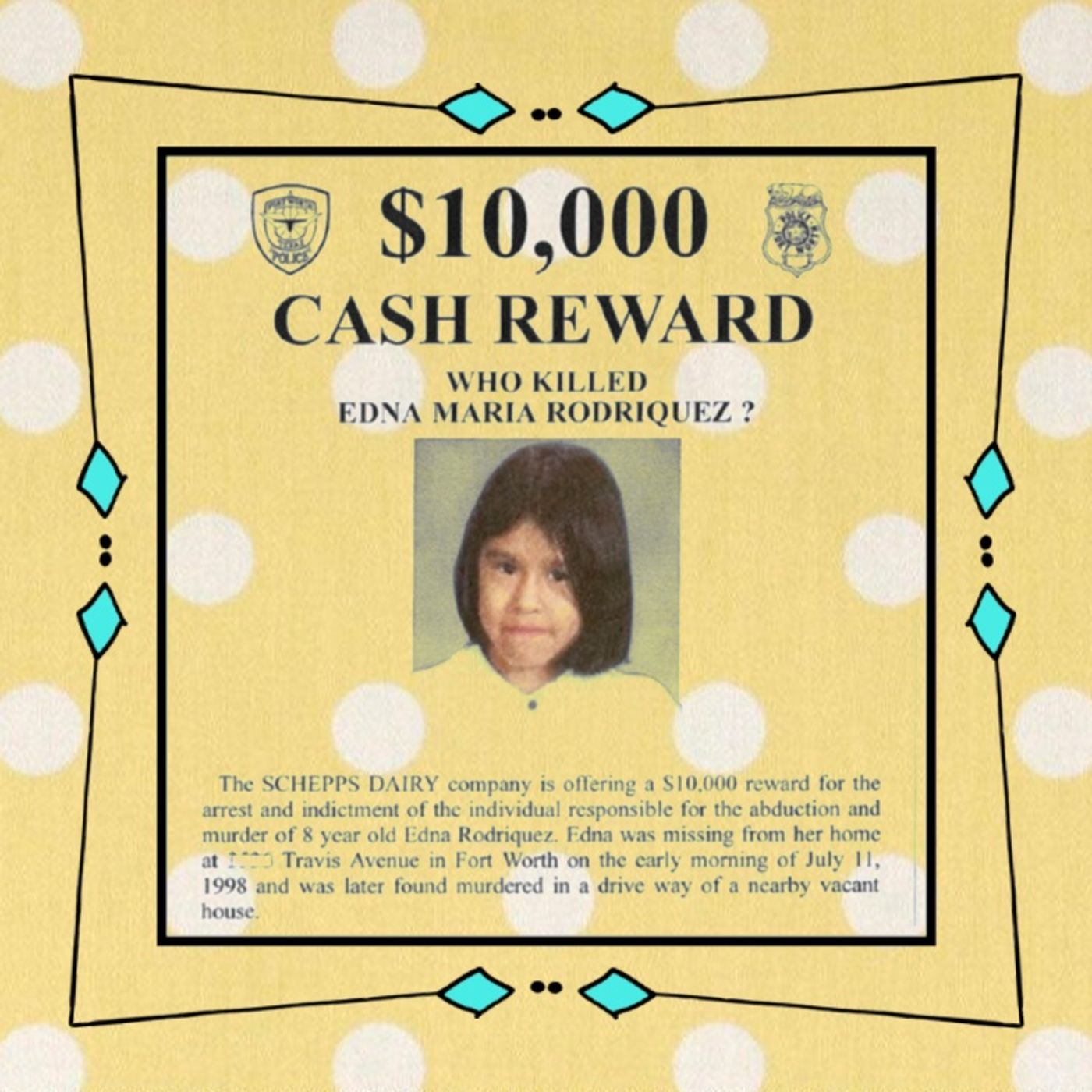 Far worse can be imagined that the death of an innocent child at the hands of a predator. In 2019, luckily, Salem Sabatka’s fate was not death, thanks to a swift response by both the Fort Worth Police and the public. In the summer of 1998 in the Rosemont suburb of Fort Worth, however, 8-year-old Edna Rodriguez met a terrible fate, after disappearing from her home in the middle of the night. Virtually no clues were left behind that provided a lead to her whereabouts and when her body was later found, the circumstances of the discovery were produced a new mystery. Edna was, by all accounts, an outgoing and playful child from a close family, in a tight-knit neighborhood. How, then, has her killer gone undetected for over twenty years?You can support gone cold at patreon.com/gonecoldpodcast.#JusticeForEdnaRodriguez #FortWorth #FortWorthTX #Texas #TX #TexasTrueCrime #TrueCrime #TrueCrimePodcast #Abduction #Unsolved #UnsolvedMurder #ColdCase